The Grand Finale – Part I

It has been almost 2 months since our last blog. And man, we sure have done a lot in that time!

After our arrival back to Christine’s home town of Halifax in Canada, we finalized all of the wedding plans. There wasn’t actually too much to do as Christine’s parents were superstar Wedding Planners and had booked, confirmed and done everything prior to our arrival! It made everything so easy.

The following week, August 13th, Dave’s parents arrived all the way from Melbourne, Australia. After a weekend of introductions to the Berrigan’s and some time to recover from jet lag, we took them off on a 2 week trip around Nova Scotia in the trailer/caravan we borrowed from Christine’s parents. 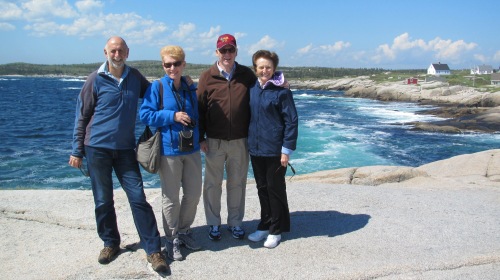 Our parents together at Peggy’s Cove

The gents enjoying the view 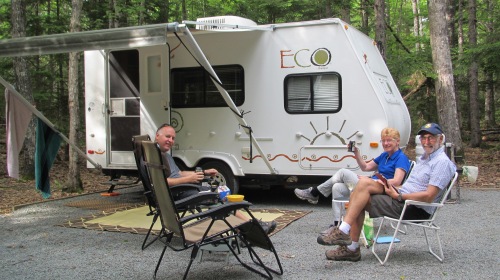 Set up in one of the great national parks 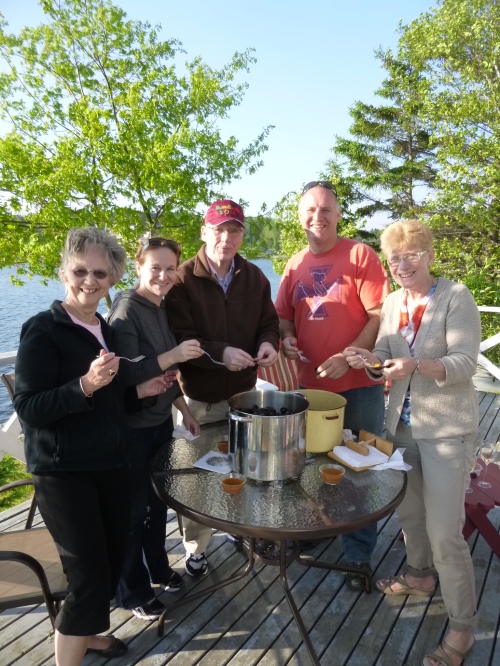 Enjoying a mussel dinner by the ocean. We’ve done this before!

We had great weather and managed to see lots of the beautiful Nova Scotia coastline and parks. However, even with brand new cars and top notch maintenance, things can go wrong. On our 3rd day after we stopped for lunch in Bridgetown, we had absolutely no brakes. 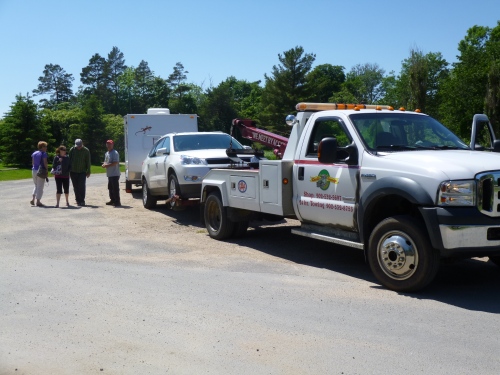 Our vehicle being taken for repairs.

The amazing thing was how straightforward it was to remedy the situation. A quick call to CAA, an easy tow to the dealer, a replacement vehicle and all of this in english! It was all very easy and the only issue was that we weren’t able to sleep in the trailer so had to get a hotel for the night. A treat for us who had been sleeping in a tent!

The second week in the trailer Christine returned to home to continue with wedding preparations and Dave went along with his parents to Cape Breton for another week of sunshine and fun. 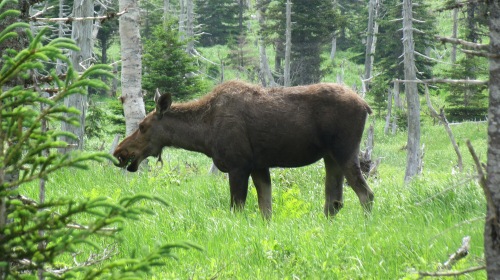 Hiking by the river

The wedding week officially kicked off with the arrival of Dave’s oldest brother and his wife, Steve and Sue. They had a challenging time getting there with delays and flight mix ups, but arrived full of energy and enthusiasm. This started the influx of international guests including Dave’s younger brother and girlfriend Rob and Katie, Christine’s older brother and girlfriend, Richard and Elaine. By Wednesday all our family had arrived and were divided among Christine’s families homes. The week was filled with lobster dinners, seafood chowder, brewery tours, visiting Peggy’s Cove, touring around the Eastern Shore and of course last minute wedding stuff. The Berrigan’s and Moore’s got along swimmingly and all worked well together to make it a wonderful, memorable and very special time.

Dave preparing the house for visitors

Great afternoons at Marg’s cottage by the water

and enjoyed by all! 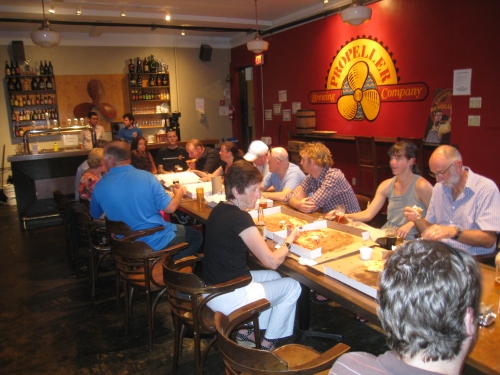 The Moore’s checking out the local beaches

Practice run the night before the wedding 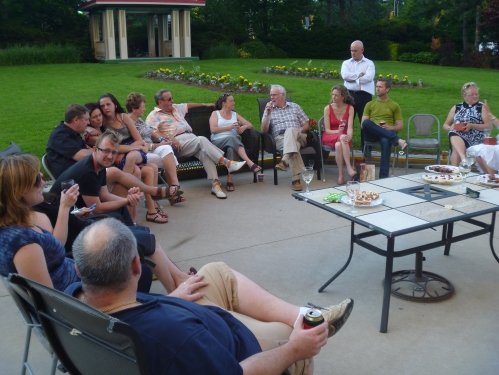 Socializing with friends and family before the wedding

The wedding day was especially wonderful. Halifax was having a uncharacteristically hot and humid week of beautiful weather and this continued for the wedding on Saturday, July 6th. Poor Dave in his suit, vest and tie was a little puddle of sweat in the church but survived with a big smile on his face. Christine arrived to the church on time with her entourage and walked down the aisle with her parents. It was a simple but meaningful wedding ceremony thanks to the excellent Reverend who accomplished this in the hot and stifling church.

After the ceremony we took some pictures at the Public Gardens and then carried on to the reception which was at daMaurizio’s restaurant.

Both of our families at the wedding

The best part was being greeted with the Moore-tini’s that were served on arrival. This was then followed by a 5 course meal and then cake. A feast for sure! We ended the night after the restaurant closed by going to a local Irish bar for one last drink with the hard core guests who were left standing. It was an awesome day! 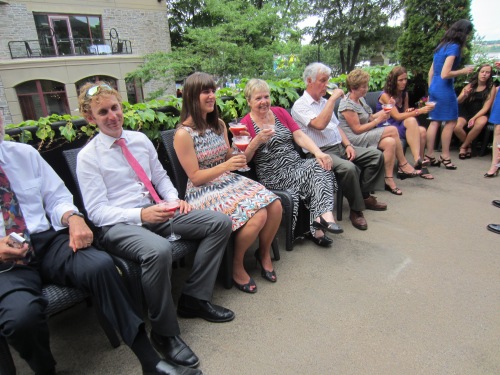 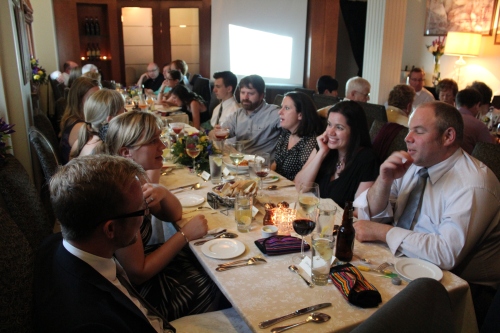 A great night being had by all

2 responses to “The Grand Finale – Part I”